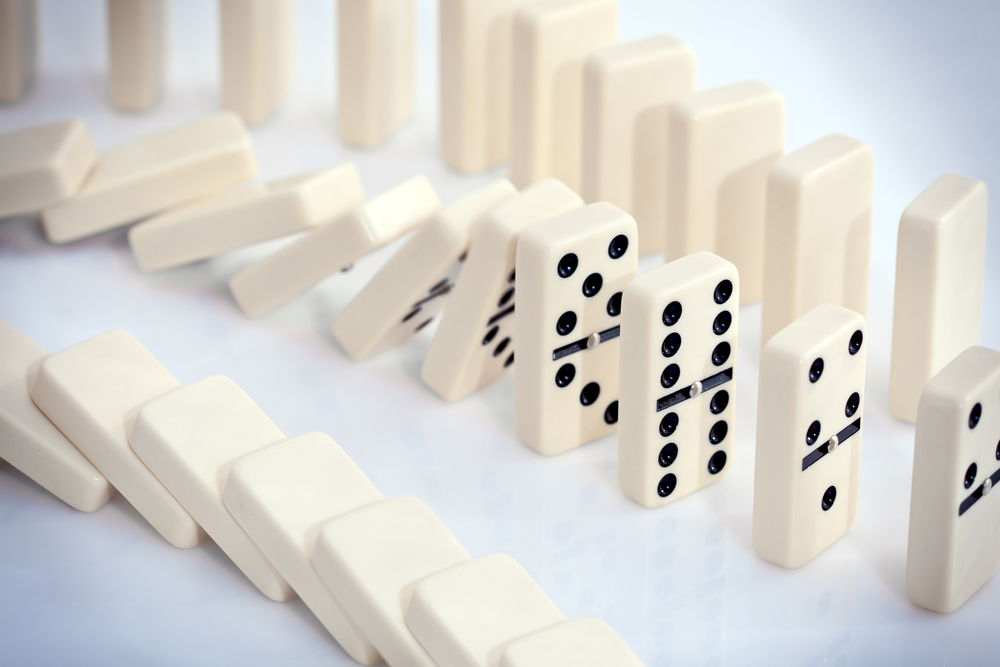 Globalization is ending as supply chains adjust to the realization of the risks posed by having energy needs (Europe) and essential products manufacturing (U.S.) dependent on a political adversary. This process of reshoring won’t be fast or easy, but the trend is now firmly established. Until that shift becomes reality, globalization continues to tie the world together and potentially in a very unpleasant way – a synchronized global recession, which compounds the problems in each country/region as they attempt to get growth back on track.

The U.S. Economy is Hanging On… For Now.

The U.S. is still experiencing a very strong labor market, which makes an official recession in the near term unlikely. Official beginnings and ends of recessions are determined after the fact by the NBER – the National Bureau of Economic Research. The unofficial definition is two consecutive quarters of negative GDP growth, which could become reality in a few weeks when the first Q2 GDP estimate is announced. Should that happen, we doubt very much that NBER will be in agreement. Nonetheless, be prepared to see headlines that the recession is here in a few weeks. Our definition of a recession is more guttural. It is not something measured by numbers; it is felt in the pit of your stomach.

Whatever the headlines might declare about a recession, what is clear is that the U.S. economy is slowing down. The chart below takes a look at one of the strongest parts of the economy – labor. Initial unemployment claims, while still very low, continue to rise, and continuing claims are also just beginning to turn up, again from very low levels. The current data is far from a disaster, but the change in trend would indicate that inflation is beginning to take its economic toll while the impact of rising rates is just beginning to have its effects on the economy. 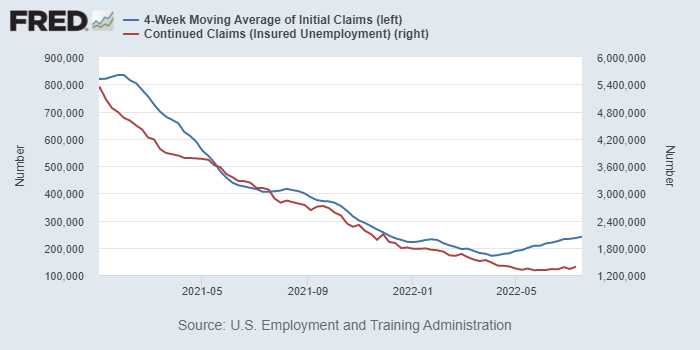 The early signs of demand destruction from the inflation shock we’ve experienced are beginning to appear and we remain convinced that the U.S. is headed for a recession; severity to be determined.

Europe is in Much Worse Shape.

Aside from the sharp rise in commodity prices (which are generally priced in dollars) the Euro has lost value relative to the dollar, which makes the inflation Europe is feeling significantly worse than what we are experiencing on this side of the Atlantic. The reduction in Russian gas to Europe only exacerbates the inflation problem. The availability of Russian energy to keep the continent moving is no longer an economic situation, it is purely political. So, while Putin has reopened Nord Stream 1 (NS1) to supply gas to Europe, how much might be supplied, and for how long, remains very much in question. 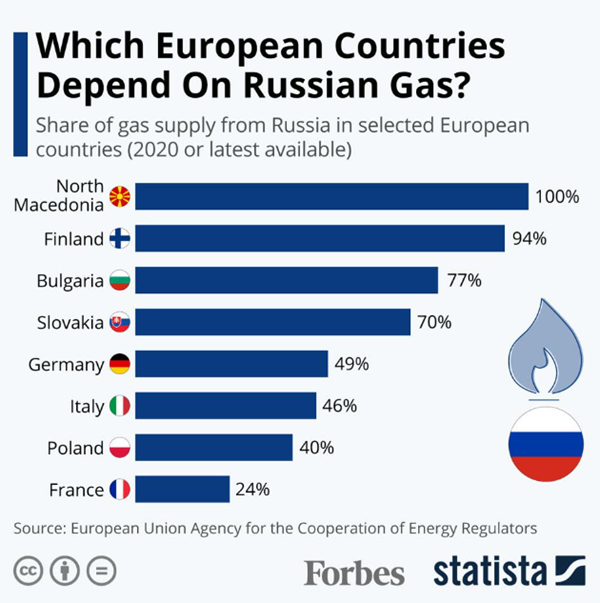 The EU is asking members to reduce natural gas usage by 15%. Although Russian gas already limited (NS1 is currently at 40% of capacity), this would allow any current excess to be stored for the winter months. A reduction of this size is a big ask and some countries are already protesting (see links below). While NS1 is currently back on line, should Putin close NS1 again, it’s not at all clear how Europe will manage to heat its homes this winter. What is clear is that this kind of austerity is not consistent with a strong economy.

Despite this economic pressure from questionable energy supplies, this week the ECB raised interest rates for the first time in 11 years to address the inflation problem. Yet, economic weakness is already beginning to show. The Euro Area Purchasing Manger’s Survey, released on Friday, registered at 49.4 (vs. expectations of 52.0). A reading below 50 indicates a contraction from the prior month. It’s very hard to envision a scenario where Europe manages to avoid a recession.

China Has Problems of Its Own

China has its own economic problems as decades of overbuilding has brought increasing pressure on the Chinese real estate sector. We point you to the first link below for more detail, but suffice it to say that Chinese middle-class wealth is built on real estate and unlike the West, when the Chinese buy homes, they actually begin to pay their mortgage BEFORE construction is completed. As the big Chinese real estate companies have experienced persistent financial problems over the last year, their ability to complete projects has diminished. Needless to say, that is not sitting well and many are now protesting by refusing to pay their mortgages. Complicating matters for the CCP is that these protests are spreading rapidly. If there is anything the CCP fears, it is revolution from within. (It’s hard to stop a billion unhappy citizens!)

Growth in China is already expected to be slow due to the Zero-Covid policy. If Europe and the U.S. are in recession, demand for the multitude of goods manufactured in China will decline as well. Combine that with a serious problem in the real estate market (the largest part of their economy) and China could be in a quasi-recession (that is, growth that is remarkably lower than the very rapid growth of the last 10-15 years).

The interconnected global economies make spillover from one area to another a forgone conclusion and we now have much of the world experiencing similar problems at the same time. This massively complicates the jobs of central banks as they attempt to address inflation while not killing growth. In each case, much of what is happening is out of central bank control. As central banks attempt to thread the needle to an optimal economic solution, the hole in that needle gets smaller and smaller.

The whispers of Hillary Clinton 2024 have started

How the ECB’s Anti-Fragmentation Tool Works

What Does a Strong Dollar Mean for the US Economy?

What Does a Strong Dollar Mean for the U.S. Economy? In late September 2022, the U.S. dollar hit  a 20-year high in an index that measures  its value against six major currencies: the euro, the Japanese yen, the British pound, the Canadian dollar, the Swedish krona, and the Swiss franc. At the same time, a […]
Read More

China as a Catalyst This week’s headline could easily be construed as a commentary on the potential for an armed conflict, but in this case, we are on a completely different track. With the economic situation in the States appearing increasingly dire (weakening economy, high inflation, massive debt, & higher interest rates) it is rather […]
Read More

CHIPs and Science Act Aims to Preserve US Technology Edge

CHIPs and Science Act Aims to Preserve U.S. Technology Edge The CHIPs and Science Act of 2022, signed into law on August 9, is a bipartisan legislation package that provides more than $50 billion in direct financial assistance for semiconductor companies to increase U.S.-based design, research, and manufacturing capabilities. In addition, the legislation authorizes nearly […]
Read More