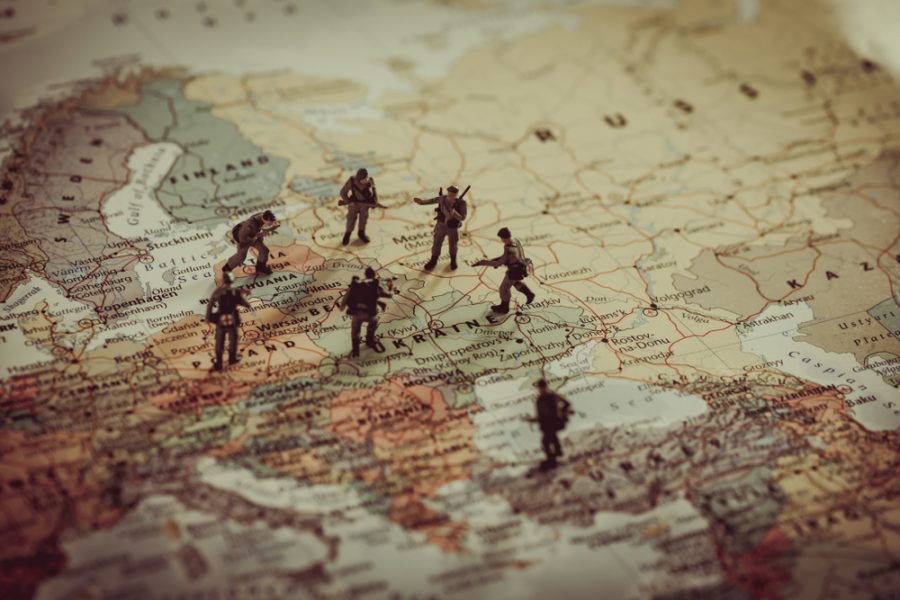 Hopes were raised, then dashed, and raised yet again this week as President Zelensky took NATO off the table for Ukraine and put a new negotiation on the table. The potential glitch appears to be the demand that ‘not one inch’ of Ukraine is lost (we’re unsure where Crimea fits into the statement). Although Ukraine neutrality has been a major Putin goal for many years, after the losses Russia has suffered, our view is that Putin will be hard pressed to accept a deal that requires full Russian withdrawal. Markets are reacting wildly to headlines (stocks and bond yields gapping higher and commodities and gold gapping lower) on any positive news of negotiation.

We are hopeful that meaningful negotiations can resume and that the fighting will soon stop, limiting the humanitarian crisis, but that is unlikely to solve our economic problems in the West. In a nutshell, here’s why:

Globalization had a net deflationary effect in the global economy as China and other rapidly growing countries with cheap labor could produce goods at a lower cost. As the world turns nationalistic (de-globalizes), natural shortages develop because no one country produces everything that it needs. Among the first examples this week has been the nickel market, a metal that is critical for lithium batteries and our green energy plans. Russia produces about 10% of the world’s nickel and is the third largest producer of nickel in the world, behind Indonesia and the Philippines. Russia has now banned exports to ‘unfriendly’ countries, sending nickel prices higher.

The global reach of industry will now be roadblocked by borders and political relationships. McDonalds, and many other companies that exited Russia this week, may never return to Russia. And does Boeing, a major defense contractor, or Goldman Sachs really need an office in Moscow?

Stagflation is the Likely Result

The first order effect of de-globalization is re-working the global supply chain to fit political lines, rather than economic lines. That creates inefficiency and is likely to be an accelerator to inflation as well as a drag on economic growth. Put that recipe together and you get stagflation, a very unpleasant combination of economic stagnation and high inflation last seen in the 1970’s.

Stagflation is the ultimate dilemma for the Fed. They can raise interest rates to control inflation, but that slows growth even more. Or they can lower rates to get growth going again, but that feeds inflation. They are damned if they do and damned if they don’t. In the 1970’s, after unsuccessfully experimenting with wage and price controls, the Volker solution was to pound the life out of inflation with higher interest rates even at the expense of two rapid fire recessions. That ultimately laid the groundwork for a return to non-inflationary growth. The question whether fifty years later, with much different circumstances, will the same recipe ultimately be applied?

The strategic effects of de-globalization should not be ignored either. The move to a green energy future is essentially the replacement of one commodity group (oil, gas, coal) with another commodity group (base metals and rare earth metals). If you happen to have these resources internally, you have an advantage. Unfortunately, our ability to produce oil, gas and coal is substantially better than our ability to produce base metals and rare earth metals. Under this scenario, producing areas like South America and non-producing, but resource rich, areas like Africa and Greenland, gain in strategic importance for the U.S.

The Two Blunders That Caused the Ukraine War

Even mild Covid is linked to brain damage months after infection

Bond Yields Raise Their Ugly Head Most of the time, market commentary focuses on the stock market, but every so often, the bond market flexes its muscle and takes center stage. This week was one of those times and with good reason. The push-pull of more fiscal policy to help the economy and the inflationary […]
Read More