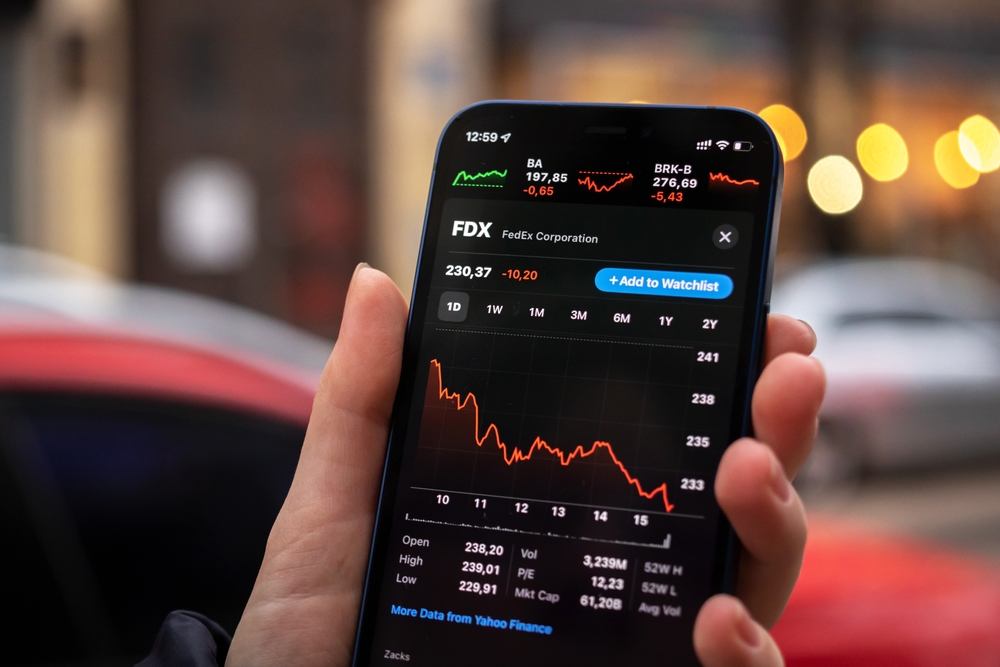 Move Along, Nothing to See Here

Investors have been hanging on every word from the Federal Reserve for years as their policies have been the most consistent driver of markets, be it stocks, bonds, housing, private equity, etc. Some level of rate increases has been baked in by markets, but, of course, that level gyrates with every new proclamation from a Fed Governor. Wall Street is hyper focused on the ‘terminal rate’ (the rate where the increases cease) but we believe it’s time to stop watching the Fed.

We have reached a point where this exercise of predicting how high rates will go has become a waste of time. Where the rate increases end actually matters very little, in and of itself. What does matter is how fast and how much the economy reacts to these rate increases. How fast does unemployment rise? How much do earnings estimates need to come down? And ultimately, how fast does core inflation come down?

The economy is clearly slowing and the Fed is clearly willing to accept an economic contraction (recession) to reach their goal. At this point, the question isn’t whether we will have a recession, it is whether the recession will be short and shallow or long and deep. That question can’t be answered yet, and watching interest rates won’t help us make that determination, but watching the economy and watching earnings revisions, will.

Employment remains one of the most confounding features of the current economy. Evidence of economic weakness is everywhere, except here. Initial claims for unemployment had been rising from April to July, but beginning in August, the 4-week average of initial claims (blue line below) began to trend lower once again, despite continuing news of layoffs and corporate cutbacks. Continuing unemployment claims, which had also begun to turn up over the summer, have now leveled off (orange line). The labor market remains very strong and as long as that is true, it will serve to encourage the Fed to press on with the fight against inflation. 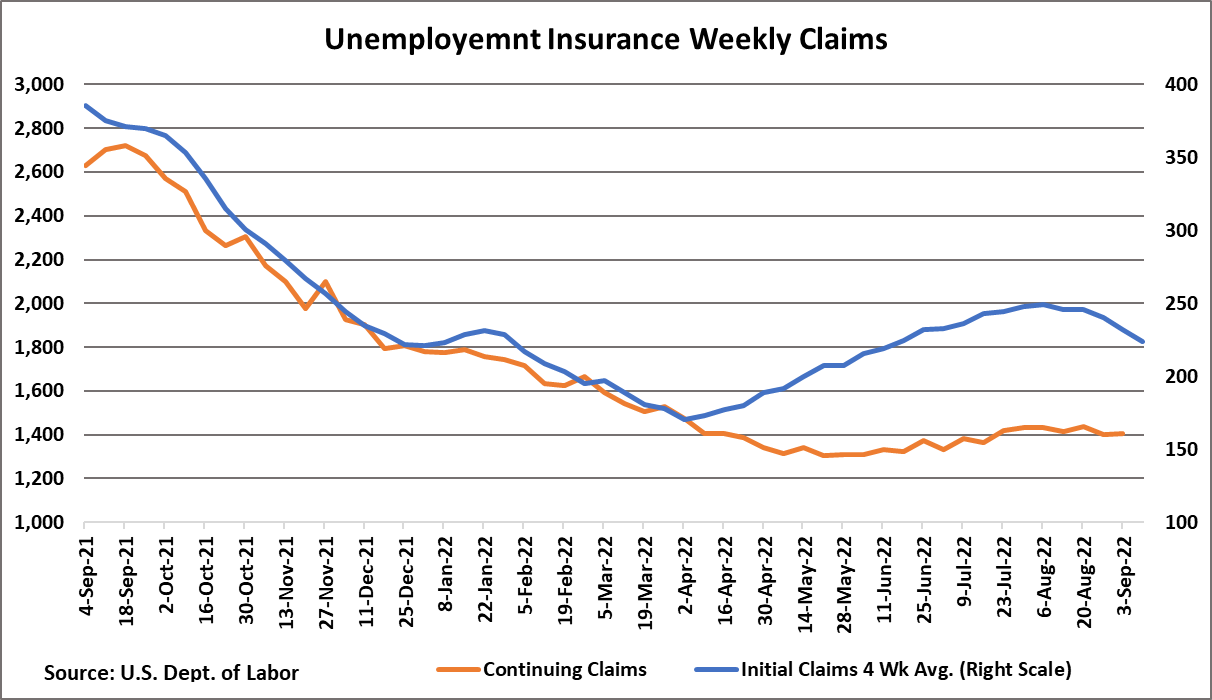 Quarterly earnings are the key measuring stick for how companies are adjusting not only to inflation, but also to changing demand. As important, if not more important than the earnings reports, are the forward guidance supplied by management. These companies have the best look into the near future and share that view via their forward guidance. Third quarter earnings announcements begin in about a month and pre-announcements begin now.

Second quarter earnings were not as bad as many had anticipated, but by the same token, they were nothing to write home about either. Earnings disappointments continue to be the expectation although earnings estimates have barely budged in the face of weaker economic data. Estimates for the S&P 500 index are only down 1% for 2022 and only 3% for 2023, relative to the estimate peaks earlier this year. In fairness, it should be noted that many sectors have seen earnings estimates reduced much more than that. The offset has been strong upward earnings revisions in the energy sector. 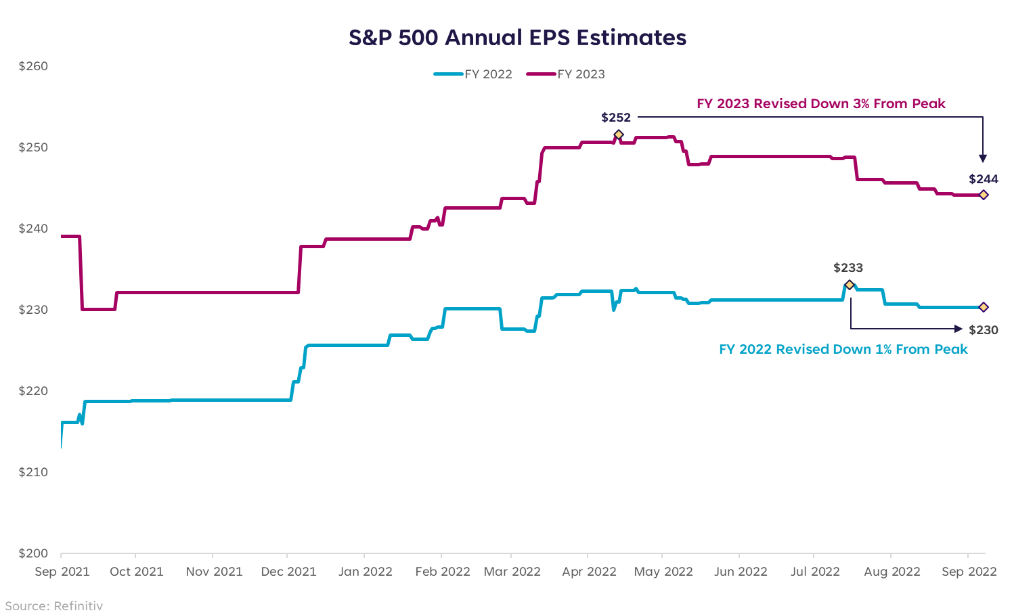 Historically, September and October are the worst seasonal period for the stock market. We have always believed (without evidence) that this was fundamentally due to the optimism of analysts. Small earnings disappointments early in the year are often assumed to be made up later in the year. Once you get to the third quarter, that is no longer possible and earnings disappointments become permanent. That typically makes for weak markets during September and into October.

It is a forgone conclusion that earnings estimates will come down further but, if earnings can beat expectations, that will again encourage the Fed to press the fight against inflation. If third quarter earnings are very weak and forward estimates come down hard and fast, that could be a catalyst for the Fed to ease up in the inflation fight.

We received the first hints of what is come late Thursday as both FedEx and GE preannounced poor earnings for the quarter. The response was swift, with Fed Ex down 20% and GE down 5% in the premarket on Friday. GE’s announcement doesn’t appear to be awful as it is related to continuing supply chain issues that is forcing delays in deliveries to customers.

The FedEx announcement is more dire with the CEO stating his belief that we are entering a global recession (something we have been talking about over the last few months). The FedEx CEO stated in a CNBC interview “We’re seeing that volume decline in every segment around the world, and so you know, we’ve just started our second quarter. The weekly numbers are not looking so good, so we just assume at this point that the economic conditions are not really good… We are a reflection of everybody else’s business, especially the high-value economy in the world”.

We are taking the FedEx announcement as a shot across the bow for third quarter earnings. If the third quarter earnings reports are shockingly poor, like FedEx, expect a lot of volatility as valuation corrections based on revised earnings will go head-to-head against a belief that the Fed is about to pivot to lower rates.

Don’t worry about how big or small the next rate hike is going to be, instead, keep your eye on the data. In the end, that is what will drive us to the next destination.