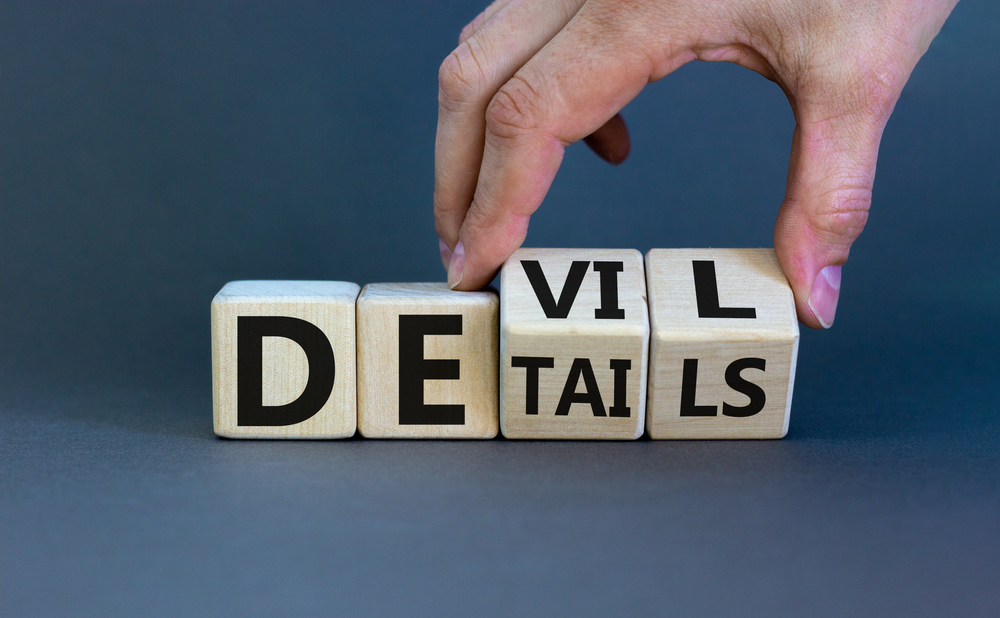 The Devil is in the Details

Most of the time, taking note of headline economic data, like the number of new jobs created or the unemployment rate, is all you really need to stay abreast of what’s going on, but at economic inflection points, the data gets more muddled, and is often contradictory, at least on the surface. That’s when a more nuanced analytical approach to the data is required.

David Rosenberg, founder of the eponymous firm David Rosenberg Research, and the former chief economist at Merrill Lynch, is just the guy to dig into the details and make sense of what is seemingly nonsensical. In this case the employment data has been rather odd over the last several months. Allow us to explain.

The data from the Dept. of Labor is comprised of two separate surveys, the Establishment Survey, which surveys businesses, and the Household Survey, which surveys, you guessed it, households. The two surveys come up with different, but typically consistent results. However, over the last 6-9 months, the two surveys have often been at odds, with one showing employment gains (Establishment – Green) and the other employment losses (Household – Blue). 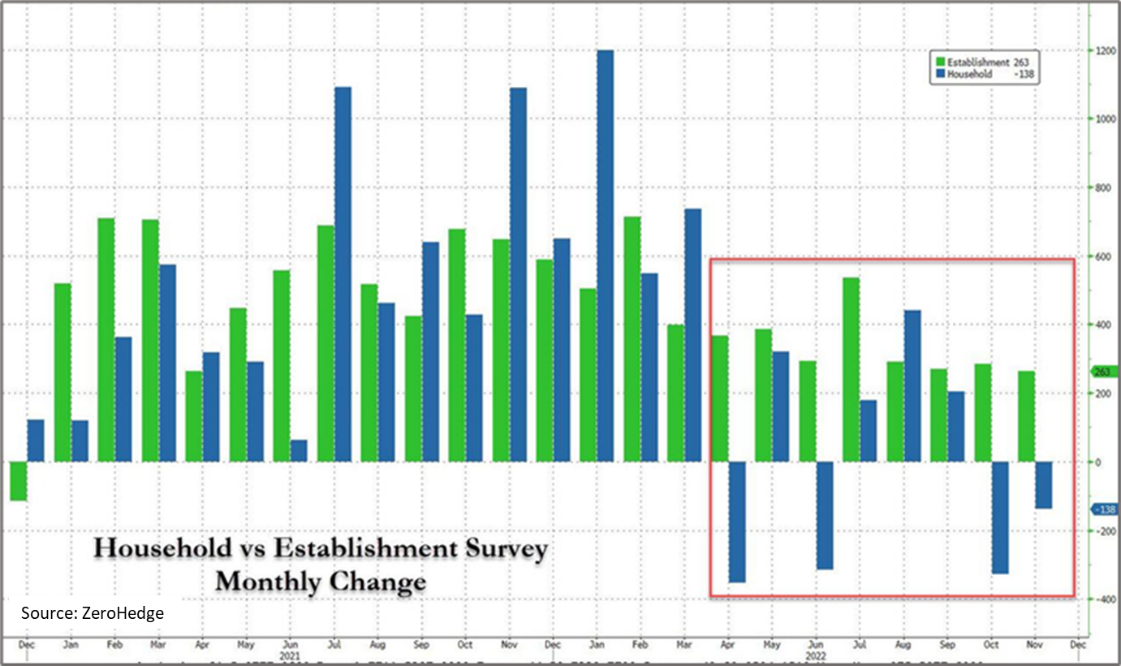 Which survey is most accurate is not an unimportant question for the Fed as they target interest rate changes.  If the Fed picks the ‘wrong horse’ to follow, it can have serious economic repercussions. If the Fed is led to believe that the jobs market is stronger than it actually is, there is a greater risk that that they push us into a very tough recession.

To keep the math simple, imagine a business that has 40 employees, each working a 40-hour week. That implies a total of 1600 hours are worked and the average employee works 40 hours. Now business begins to decline a bit and those 40 employees are all retained, but half of them are cut back by two hours and now work only 38 hours per week. The total hours worked is now 1560 and the average hours worked is now 39. The business has effectively cut one 40 hour, full time equivalent job, HOWEVER, the employment total and the unemployment rate do not change because all 40 employees remain employed.

Why might this behavior happen? We can only speculate, but in an environment where labor has been very hard to find, it only makes sense that businesses may take unusual steps in an attempt to delay terminating employees in an environment where replacing them at a later date could be very difficult. Whatever the reason, the result of such behavior is that the Establishment survey would signal strength in overall employment, while the household survey would signal weakness due to reduced hours/wages.

We won’t bore you with a few other adjustments Rosenberg makes, but he concludes that with these adjustments, the Establishment survey is actually much more aligned with the reported Household survey, which is pointing toward a recession. As always, time will tell, but at inflection points, we to dig into the data details if we are to divine where the economy is headed. In this case, it corresponds to our expectations of a pending recession; severity to be determined.

What’s Going On With the Housing Market?

Open Door Policy China’s Zero-Covid policy could not last forever, but the suddenness of the reversal was unexpected. China’s doors are opened once again. The initial reaction is one of optimism for global economic growth, but hurdles remain. If we have learned anything about Covid, it is that once released, it spreads quickly. The Lunar […]
Read More

Nothing to See Here… Move Along…

To be honest, we’re getting pretty tired of dealing with market fireworks every time the Fed provides a hint of what they are going to do next. Traders are logically obsessed, but investors need not be dragged into this obsession. This week was a perfect example. The market twitched wildly to the perception of a […]
Read More

Bit by Bit Our past comments about Bitcoin have centered on the theme that crypto is not ready for prime time. While we may have looked a little naïve as bitcoin shot up to almost $70,000, we look a bit more prescient now. FTX, a leading crypto exchange, has filed for bankruptcy, and the collateral […]
Read More