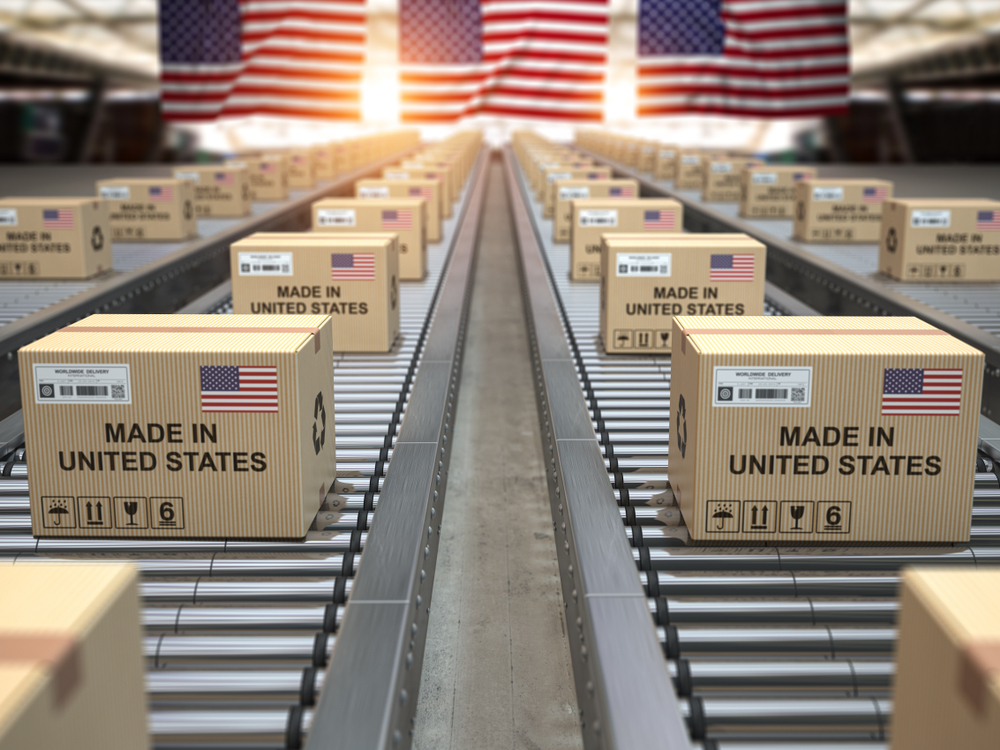 China as a Catalyst

This week’s headline could easily be construed as a commentary on the potential for an armed conflict, but in this case, we are on a completely different track. With the economic situation in the States appearing increasingly dire (weakening economy, high inflation, massive debt, & higher interest rates) it is rather easy to lean pessimistic. But all too often, markets teach us that expecting the expected, can often lead us astray.

Our response would be China. We have warned of the bifurcation of East and West in this new Cold War era, and how difficult that divorce might be, but it also comes with a set of opportunities.

Cold War rules include little, if any, trade between cold war rivals. Any hint of dependance of one on another is a strategic weakness and must be eliminated quickly. Therefore, ‘security’ is a critical element – that is, energy security, commodity security, manufacturing security, intellectual security, etc., etc.

In Europe, the focus is on energy security to eliminate the dependence on Russia as a source of energy. In the U.S., the main challenges will be to move manufacturing out of China/Asia (Vietnam is only marginally more secure than China). Ideally, that infrastructure will move back to North America, and that is an opportunity as well as a challenge for the U.S. The opportunity is to reclaim a portion of our lost manufacturing infrastructure and enjoy the economic benefit of that shift.

That shift can be a massive growth opportunity, but supply chains tend to move slowly and the longer that process takes, the greater the risk. The iron grip President Xi now appears to have in China is a clear sign that things must change and change soon. The Biden Administration has recently taken off the gloves with the recent limitation on technology transfers to China, which is something Xi cannot allow to go unaddressed. It is quickly becoming apparent that we are headed toward a significant confrontation with China over trade and that will require the U.S. to re-shore manufacturing quickly and it places the Chinese assets/businesses of Western companies increasingly at risk.

This is an ideal opportunity for government policy to intervene to get the job done faster by incentivizing investment in re-shoring supply chains. The current state of U.S. politics is a significant challenge to overcome, but nothing can bring sides together like a common enemy, so we remain hopeful that Congress can put aside their differences as this common enemy comes more clearly into focus and encourage re-shoring supply chains in a meaningful way.

How does that help?

Last week we wrote about our enormous debt burden and the challenges of fiscal responsibility when interest accounts for a higher and higher portion of the Federal budget. The reality is that over-indebtedness has only three possible solutions: 1) grow your way out of it (generate a growing cash flow to pay down the debt); 2) default on the debt (simply do not pay it back, which is not really an option here); and 3) allow it to be whittled down to size by inflation (most debt is not inflation adjusted and over time it becomes easier to pay off).

Many assume that the first option is no longer available, leaving only two bad options, but with China as a catalyst, we potentially have a pathway to revive growth via re-shoring manufacturing away from Asia and closer to home. Since the housing debacle in 2008, reviving growth in the States has generally been a challenge. It was only the dislocations caused by the pandemic that allowed rapid growth to return, but now that is ending as economic activity once again weakens. The ability for the U.S. to grow its way out of a debt problem may not be dead. Make no mistake, shifting manufacturing back to the States is likely to be inflationary because costs are simply higher here, but renewed growth can hide many sins, at least for a while.

While the midterms get plenty of attention in the news, we don’t expect a big reaction in markets, barring some major unforeseen event. With about 10 days to go, the House is looking like a lost cause for the Democrats. No matter what happens in the Senate, which is currently leaning toward a small GOP majority, a GOP majority in the House would effectively stifle the Biden Administration from furthering its agenda. A split Congress is one that effectively prevents any but the most necessary legislation from passing. Somewhat counterintuitively, that is often good news for markets, as it eliminates poor legislation from getting passed too. The ability to know with some certainty that nothing bold will come out of Congress eliminates at least one market risk for the time being. 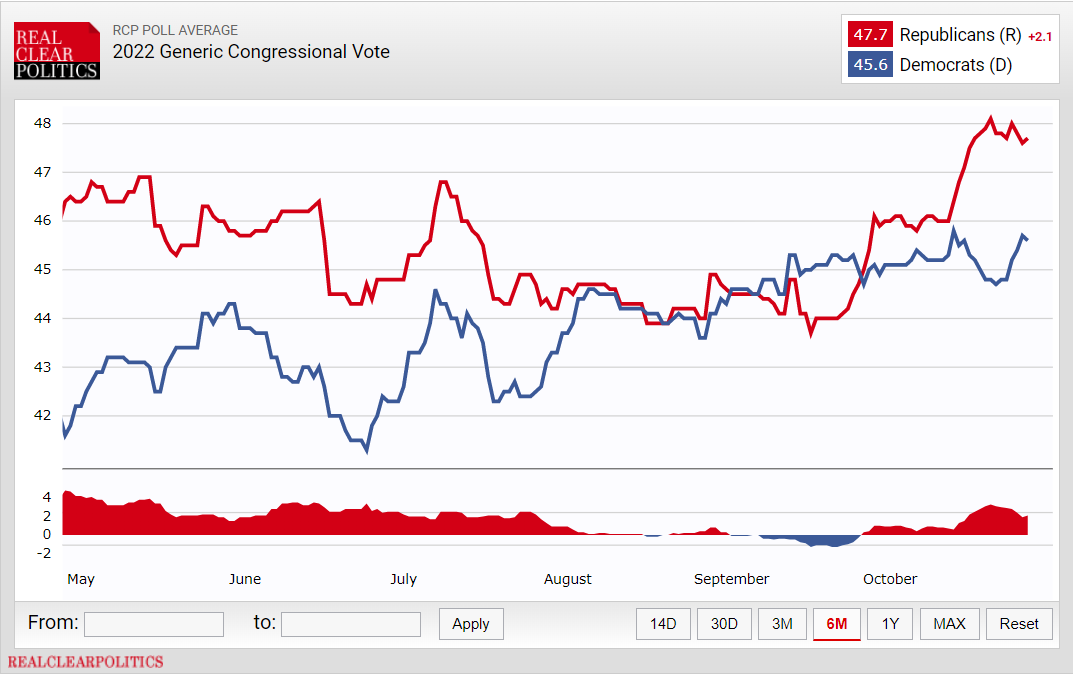 On November 9, the real story begins as the 2024 race comes into focus. Look for the Democrats to quickly abandon Biden and search for a successor, but who that might be is far from clear. On the GOP side, Trump’s shadow looms large. At this point, the 2-year effort to ban Trump from running has made little progress and may well have backfired as the Trump attacks appear to have further energized his core support. While many GOP centrists would love to see a reasonable alternative to Trump, there is no Ronald Reagan waiting in the wings. Could a Clinton/Trump repeat be on deck?

Did US slash imports too much, setting stage for shipping rebound?

Three Reasons There’s a Diesel Shortage in the US

The Bond Market Looks Confused Market sentiment has been flip-flopping back and forth between inflation concerns and economic concerns. The very rapid economic recovery has outpaced a COVID constrained supply chain and caused price increases and inflation concerns. Now, the COVID acceleration and rising prices are beginning to slow demand (see the recent housing data) […]
Read More

Asset Class Return Projections The higher asset prices rise, the lower the expected return on an asset is. That sounds counter intuitive, but if assets rise to their true value, then the higher the price goes, the less upside there is left, i.e., expected returns are lower. This concept is important as many asset prices […]
Read More

Stocks Remain A Prisoner of Interest Rates The stock market is following the bond market like a puppy. Rates down? Buy growth stocks. Rates up? Buy reflation stocks. U.S. growth estimates are rising, but they are falling in other developed markets. Unless something changes, rates are probably going nowhere. The economic experience in the U.S. […]
Read More