In his classic 1934 book “Security Analysis”, Benjamin Graham, the father of value investing (and a mentor to Warren Buffet), said something to the effect that in the short run the stock market is a voting machine, but in the long run, it is a weighing machine. Eighty-nine years later, that comment still rings true.

Stocks can bounce around day to day based on all sorts of news and data, a process that leads many to believe that the stock market is just gambling. But over the long run, what matters is a company’s performance – how much can it earn for its shareholders? Companies that are well-managed, allocate capital judiciously, and grow earnings consistently will tip the scales in their favor. Buffett says he doesn’t time the market, but his buying tends to be concentrated at those times when the weighing machine says stocks are attractive. It just so happens that those times occur close to market bottoms.

While watching the interest rates and the Fed are important, ultimately what is important is earnings and valuations relative to those earnings. At economic inflection points, like we are close to now, that process can be rather difficult. As we view the stock market today, it is not easy to discern whether the market is cheap or expensive.

The bottoms up estimate, that is, adding up the individual analyst estimates for each of the S&P 500 companies, yields estimated earnings of $230. That estimate assumes profit margins of 12.3%, which is higher than the 12.0% estimate for all of 2022 and well above the longer-term average of 10.3%. With the S&P 500 at roughly 4000, that values the S&P 500 at a P/E multiple of 17.4 times, which leans to the cheap side, but it appears to be based on some relatively heady earnings assumptions.

Our weighing machine assesses stocks as being fairly priced at the moment, but with short term risks (the voting machine) skewed to the downside.

Wall Street finally got one right. After months of over or under-estimating inflation, Wall Street hit the nail on head with their December CPI estimates.

The Fed now appears to be hinting that the rate increase at the next meeting might only be 0.25%, but the market reaction is what is most interesting. Treasury bond rates are coming down hard in the expectation that rate cuts will be happening in the not distant future. The implication is that the Fed is over reacting to inflation and that will create a ‘policy error’ that will force the Fed to quickly reverse course.

We think the market should be careful what they wish for. A fast pivot by the Fed to lower rates is unlikely, unless there is some catastrophic event to catalyze it. The Fed has made it clear that they are targeting a soft landing, which implies a return to a more normal interest rate environment and therefore, no quick pivot to sharply lower rates. At the moment, the bond market does not appear to have confidence in that outcome.

Is the Trend Our Friend?

Looking at this weeks’ CPI data, there is reason for optimism on the inflation front. If we simply annualize the last 3 months, core inflation is running at only 3.2% (yellow highlighting). That is still above the Fed target of 2%, but we note that this number includes an artificially high Shelter data point, which comes into CPI data with a significant lag. The implication is that we are even closer to getting back to that 2% target for core inflation.

This trend might well be our friend, but much of service inflation is tied to wages and the Fed has made it clear they want/need unemployment to go up. The question is whether they will stick to their guns and push unemployment higher? 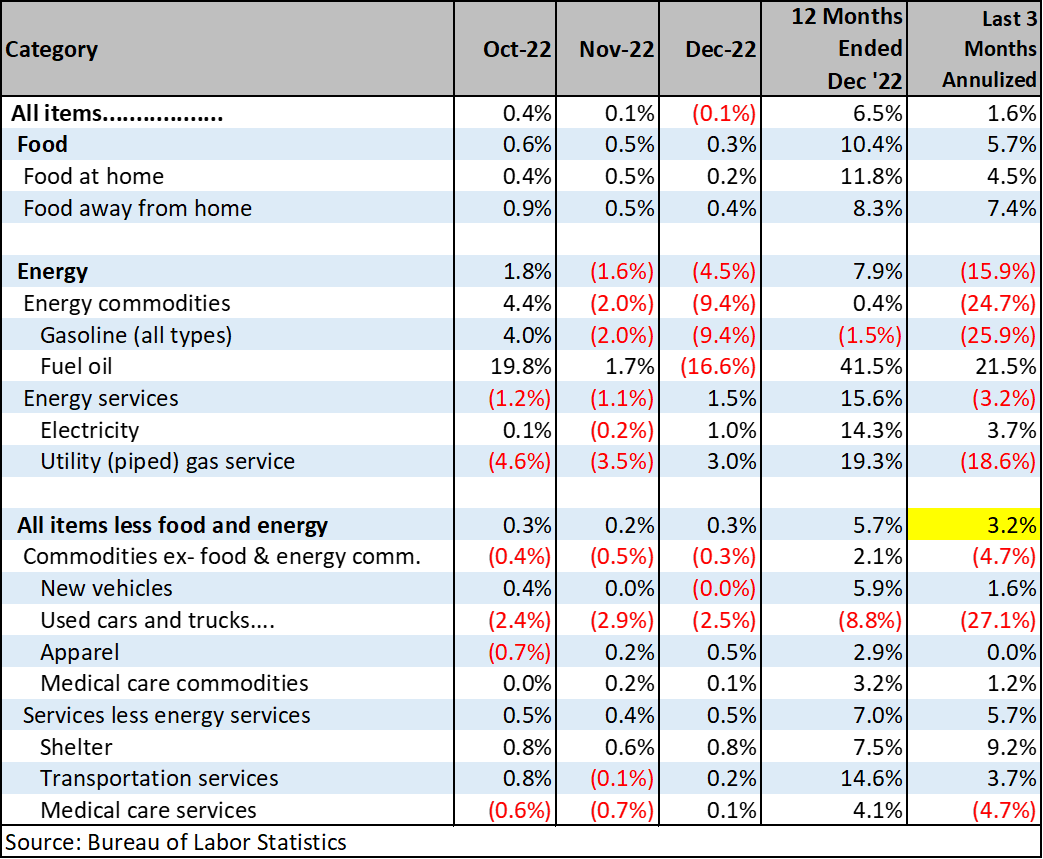 Valuations Only Matter on the Way Down | December 4, 2021

Valuations Only Matter on the Way Down The long-term investing lessons still apply. Like a game of musical chairs, you never know when the music will stop. Attempting to time markets is a hope, not a strategy. In our view, the better option is to keep your risks balanced and allow markets to give the […]
Read More