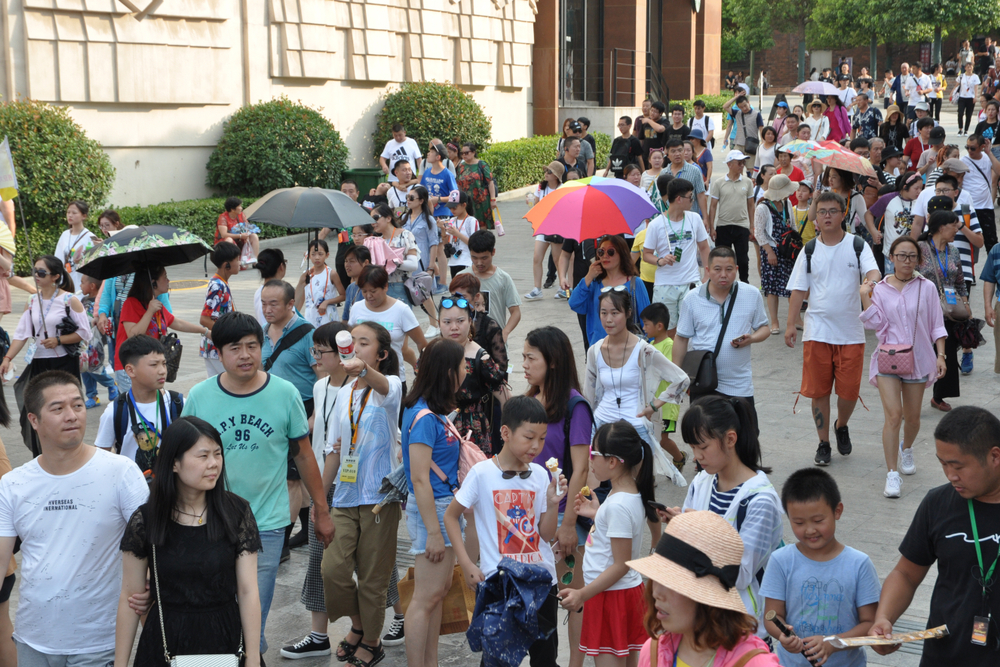 China’s Zero-Covid policy could not last forever, but the suddenness of the reversal was unexpected. China’s doors are opened once again. The initial reaction is one of optimism for global economic growth, but hurdles remain.

If we have learned anything about Covid, it is that once released, it spreads quickly. The Lunar New Year celebration could be the mother of all super spreading events, but that will only be known in retrospect. Any resurgence of demand in China could easily be delayed by a rapid disease spread.

Eventually re-opening brings the Chinese manufacturing machine fully on line. In most of our experience, that has been a very good thing for stoking the coals of the global economy. This time, however, we also see some significant headwinds.

On the other side of the coin, there are also some tailwinds:

The price of base metals (copper, iron ore, aluminum, etc.) has already begun to shoot up in anticipation of growing Chinese demand. Crude oil, however, has NOT followed that lead. Many experts are looking for a significant pickup in oil demand from China, to the tune of some 800,000 bbl/d, and therefore higher prices. On the other hand, this week, OPEC, arguably the best prognosticator of oil demand, left its estimate total demand growth in 2023 unchanged at 2.2 mm bbl/d. The OPEC report stated: “Minor upward adjustments to the 2023 forecast were made due to the expected better performance in China’s economy on the back of its reopening from Covid-19 restrictions, while other regions are expected to see slight declines, due to economic challenges that are likely to weigh on oil demand.” Crude prices may be the best real time indicator of recovery in China.

The bottom line is that the China re-opening after Covid will likely be as confusing as it has been elsewhere in the world. Don’t read too much into the prognostications, just watch the data.

Other than employment, economic indicators continue to point down. Here is a quick summary of this week’s data:

UNEMPLOYMENT CLAIMS: The number of first time filers for unemployment benefits plunged to 190k (below expectations of 214k). A huge drop in New York was the primary cause for the decline. Continuing jobless claims rose to 1.647 million from 1.63 million.

HOUSINGSTARTS & PERMITS: December housing starts were a bit better than expected, but permits were a bit worse. Here is a look at the longer term trend for both. 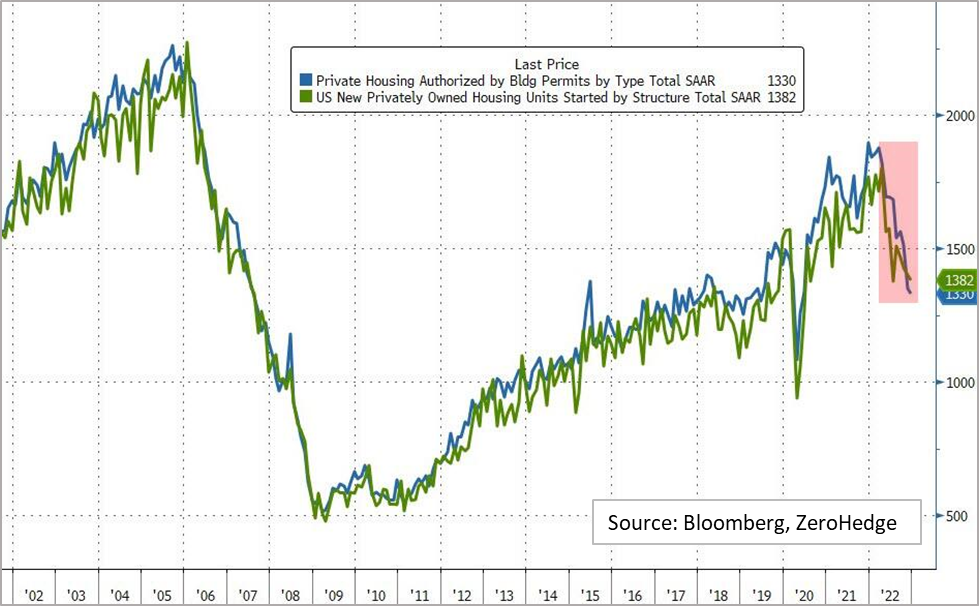 EXISTING HOME SALES: Existing-home sales declined 1.5% in December, the eleventh straight month of declines. The seasonally adjusted annual rate of 4.02 million is a decline of 34.0% from one year ago.

INDUSTRIAL PRODUCTION: US Industrial Production decreased 0.7% in December, lower than the 0.1% expected decline. November data was also revised downward to a decline of 0.6%.

RETAIL SALES: December retail sales declined 1.1% month-over-month. Expectations were for a decline of 0.8%. November sales were revised upward to a decline of 1.0%. Here is a look at the trend over the last year. 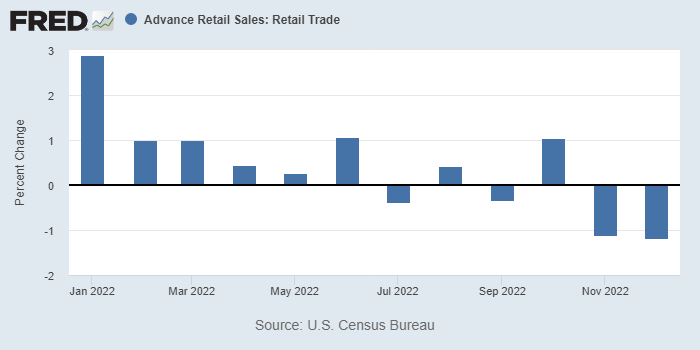 Save for College or Retirement? New Rule Makes It Easier to Do Both

Wholesale prices fell 0.5% in December, much more than expected

This Changes Everything for Hedge Fund Managers

What Do You Think?

What Do You Think? Our inboxes are full of market and economy projections for 2023, most of which are completely worthless. In early December, 2021, Reuters ran a story with this opening line: “The S&P 500 will gain 7.5% between now and the end of 2022 to finish at 4,910, driven by earnings and economic […]
Read More

What Does a Strong Dollar Mean for the US Economy?

What Does a Strong Dollar Mean for the U.S. Economy? In late September 2022, the U.S. dollar hit  a 20-year high in an index that measures  its value against six major currencies: the euro, the Japanese yen, the British pound, the Canadian dollar, the Swedish krona, and the Swiss franc. At the same time, a […]
Read More

China as a Catalyst This week’s headline could easily be construed as a commentary on the potential for an armed conflict, but in this case, we are on a completely different track. With the economic situation in the States appearing increasingly dire (weakening economy, high inflation, massive debt, & higher interest rates) it is rather […]
Read More