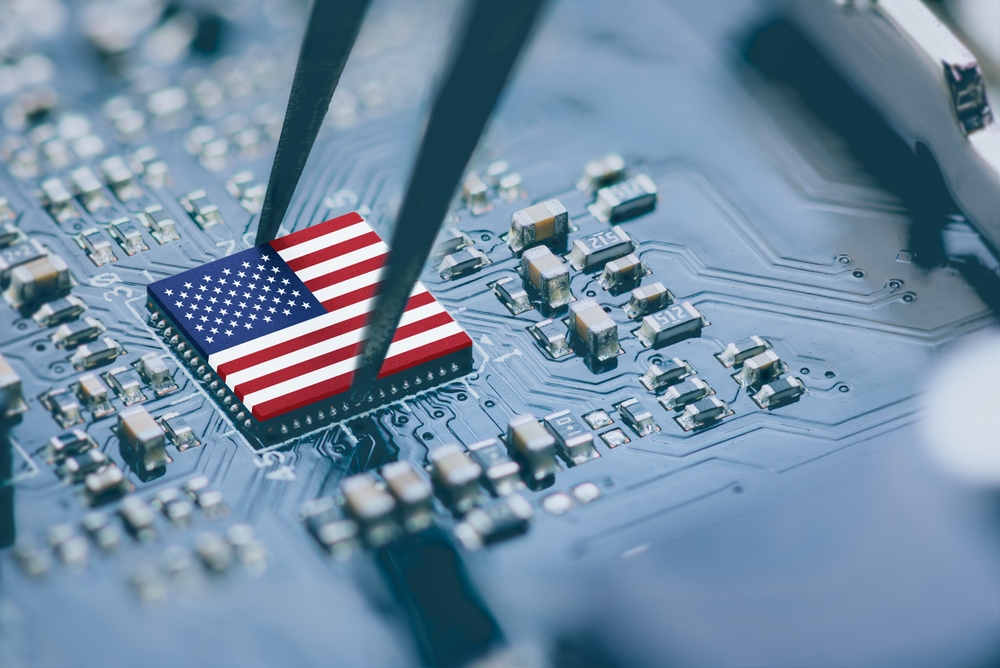 The CHIPs and Science Act of 2022, signed into law on August 9, is a bipartisan legislation package that provides more than $50 billion in direct financial assistance for semiconductor companies to increase U.S.-based design, research, and manufacturing capabilities. In addition, the legislation authorizes nearly $170 billion in federal funding over five years for research and development (R&D) programs in strategic areas of science and technology, such as artificial intelligence, quantum computing, wireless communications, clean energy, and precision agriculture.

In a significant expansion of industrial policy, federal subsidies are being offered to help reduce the nation’s reliance on semiconductors produced mostly overseas and forge a more resilient supply chain. The largest-ever U.S. investment in public R&D (in dollar terms) is intended to fuel technological innovation more broadly and help ensure U.S. economic competitiveness — primarily against China — in the future.

A semiconductor (also called a microchip or chip) is a tiny set of electronic circuits on a small piece of silicon or germanium. A single advanced chip may have more than 50 billion microscopic transistors. Chips power nearly all electronic devices used by consumers, including computers, mobile phones, vehicles, and medical devices. The crucial role that chips play in the economy became more evident during the pandemic, when a surge in demand kicked off a global shortage that disrupted supply chains and later helped drive up inflation. A dependable supply of chips is also important for national security reasons — the U.S. Department of Defense purchases 1.9 billion semiconductors annually for its communications and weapons systems.1

U.S. semiconductor companies tend to be leaders in chip research, development, and design, but for cost reasons, manufacturing has often been outsourced to foundries in southeast Asia. Currently, the United States accounts for only about 10% of global chip manufacturing capacity, and it doesn’t produce any of the most advanced chips. About two-thirds of the world’s advanced chips are made in Taiwan, an island roughly 100 miles from mainland China.2

Taiwan’s manufacturing dominance is viewed as a potential economic and national security threat due to ongoing geopolitical tensions between the United States and China. Taiwan considers itself independent, although China claims it as part of its territory.

The Act provides about $39 billion in funding (grants, loans, and loan guarantees) for the domestic construction and expansion of highly complex semiconductor fabrication facilities (called fabs) and $11 billion for chip manufacturing research and workforce development. In addition, there is a 25% tax credit for companies that invest in advanced semiconductor production in the United States. The Department of Defense will receive $2 billion to accelerate chip-related defense spinoffs, and about $1.5 billion will go to the Public Wireless Supply Chain Innovation Fund. This fund was established by previous legislation to enable the development of a secure, open-architecture, 5G broadband network that doesn’t depend on Chinese hardware.

Companies that accept federal funds from these programs are prohibited from building or expanding advanced semiconductor facilities in China or other countries that present a national security concern.

An influx of almost $170 billion will support R&D in advanced and emerging technologies, with the funding divided among several federal agencies. The National Science Foundation will receive $20 billion to oversee a new directorate focused on accelerating the development of technologies critical to national security and $61 billion to support research at universities and other organizations. Another $50 billion will fund advanced energy programs within the Department of Energy.

The Department of Commerce will designate 20 regional technology hubs and spend $11 billion to foster innovation and help create more higher-paying tech jobs around the country. State and local governments, universities, and private industry will collaborate on new technology centers designed to help improve the economic prospects of communities that have been negatively affected by globalization.

The legislation provides about $13 billion to help improve K-12 and college education in the science, technology, engineering, and math (STEM) disciplines. NASA’s funding was extended so the agency can continue space exploration, and new priorities were established, including the research required to send astronauts to Mars.

In 2020, the chip industry contributed roughly $246 billion to U.S. gross domestic product (GDP). It currently employs more than 277,000 people in 49 states and supports an additional 1.6 million U.S. jobs. A study by the Semiconductor Industry Association and Oxford Economics projected that a $50 billion federal investment in domestic chip fabs would create 185,000 temporary jobs and add nearly $25 billion to economic output each year through 2026 as new fabs are constructed. At that level of funding, a total of 10 new fabs could be constructed in the United States that would not have been built otherwise, adding  42,000 permanent semiconductor jobs to the economy.3

Chip makers have already announced the construction of multiple new or expanded fabs in the United States, some of which were considered contingent upon the Act passing.4 Other nations, including South Korea, Japan, and India have also passed incentives to attract semiconductor industry investments and increase domestic production, and the European Union is working on a similar initiative.5

The Act clearly benefits the semiconductor industry directly, but most companies depend on computer chips or products made with them — some more heavily than others. It’s estimated that chip shortages cost the global auto industry 11.3 million vehicles and $210 billion in lost revenue in 2021 and have continued to slow production in 2022.6 For similar reasons, more than 100 U.S. CEOs across a variety of sectors signed a letter urging Congress to pass the Act in order to enhance U.S. competitiveness.

Trees Don’t Grow to the Sky Netflix was down almost 40% this week as paid subscribers declined Q-to-Q for the first time It wasn’t hard to see this coming, although it was very difficult to time precisely The larger a company becomes, the harder it is to maintain rapid growth But Wall Street doesn’t change; […]
Read More