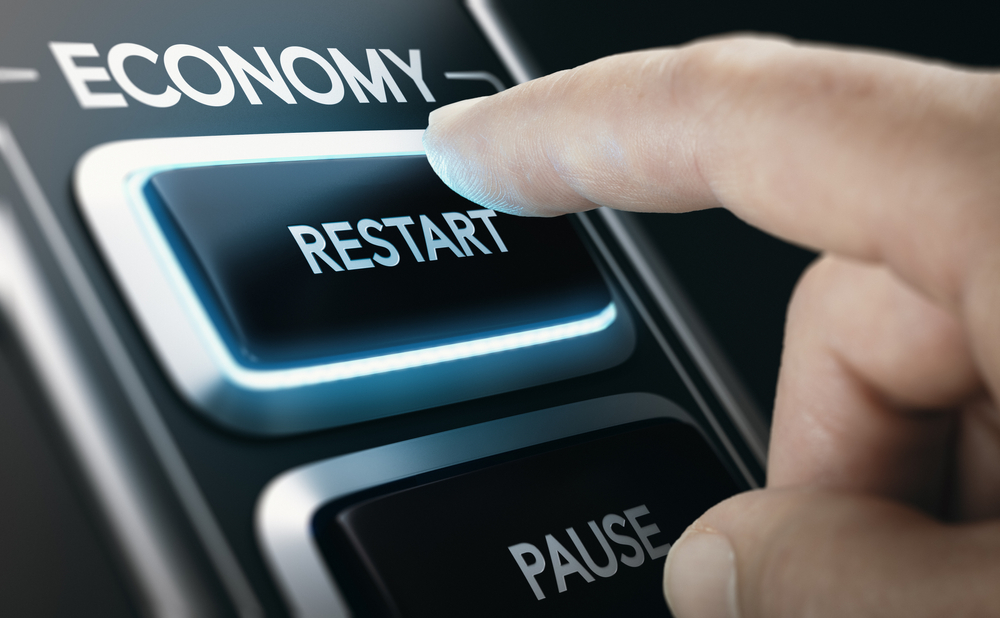 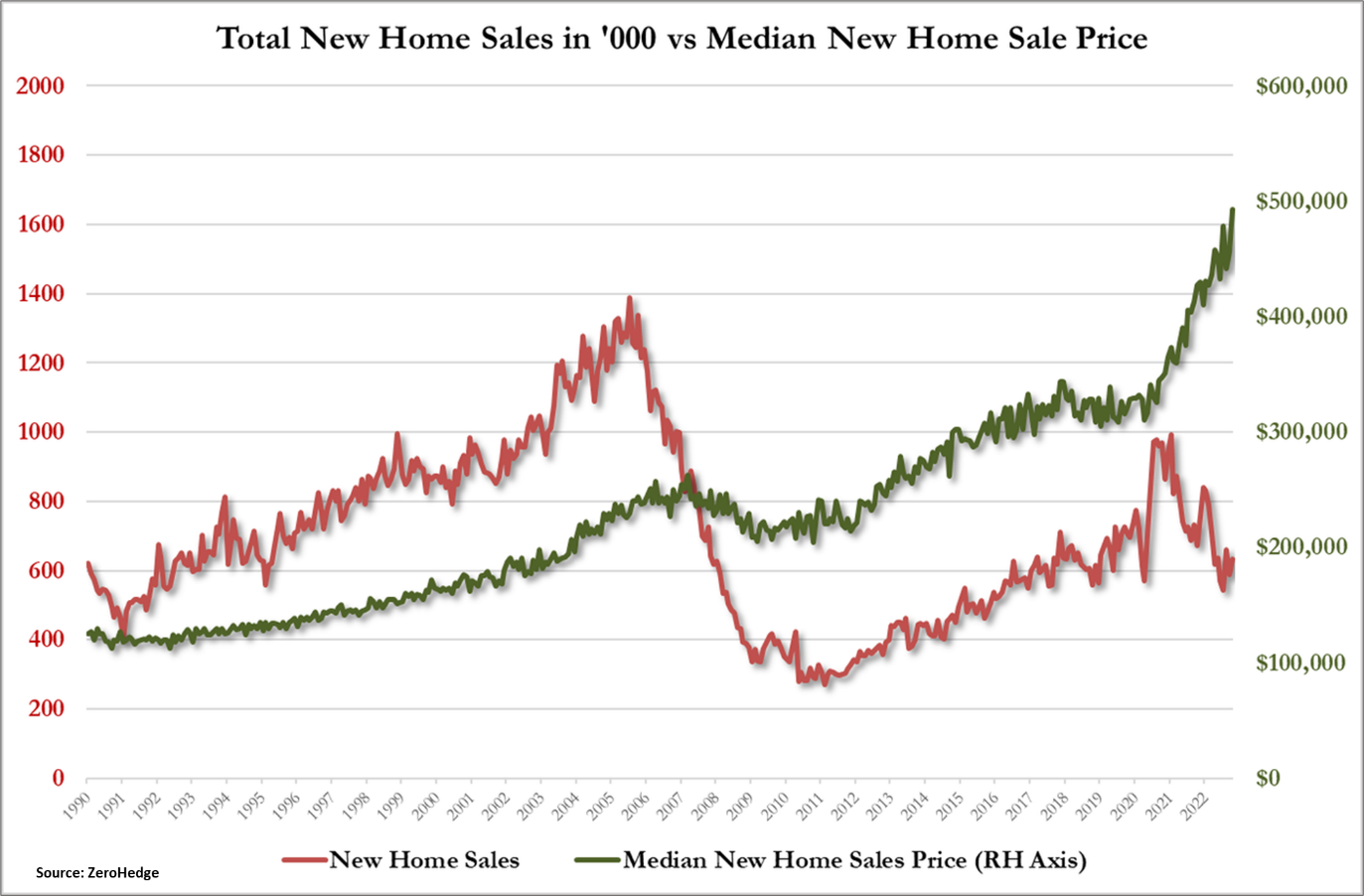 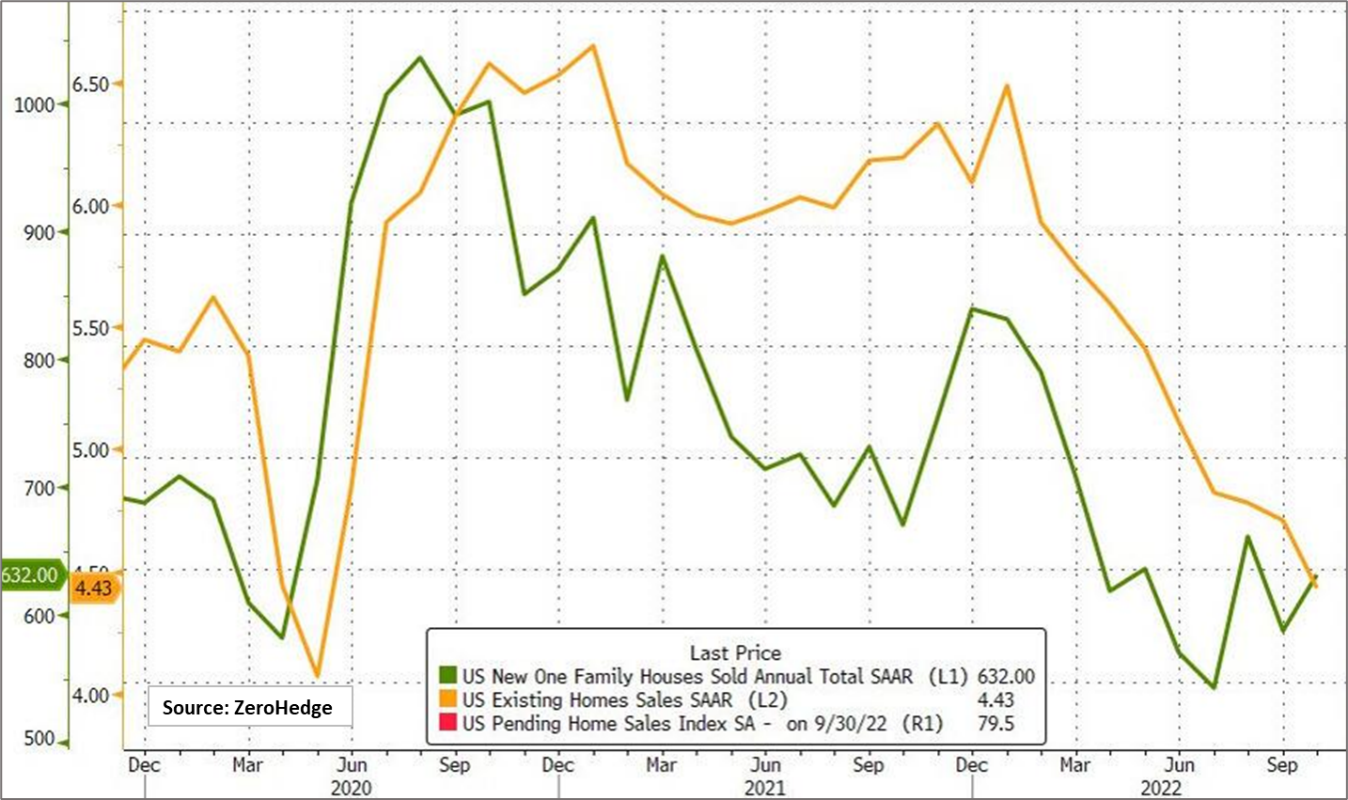 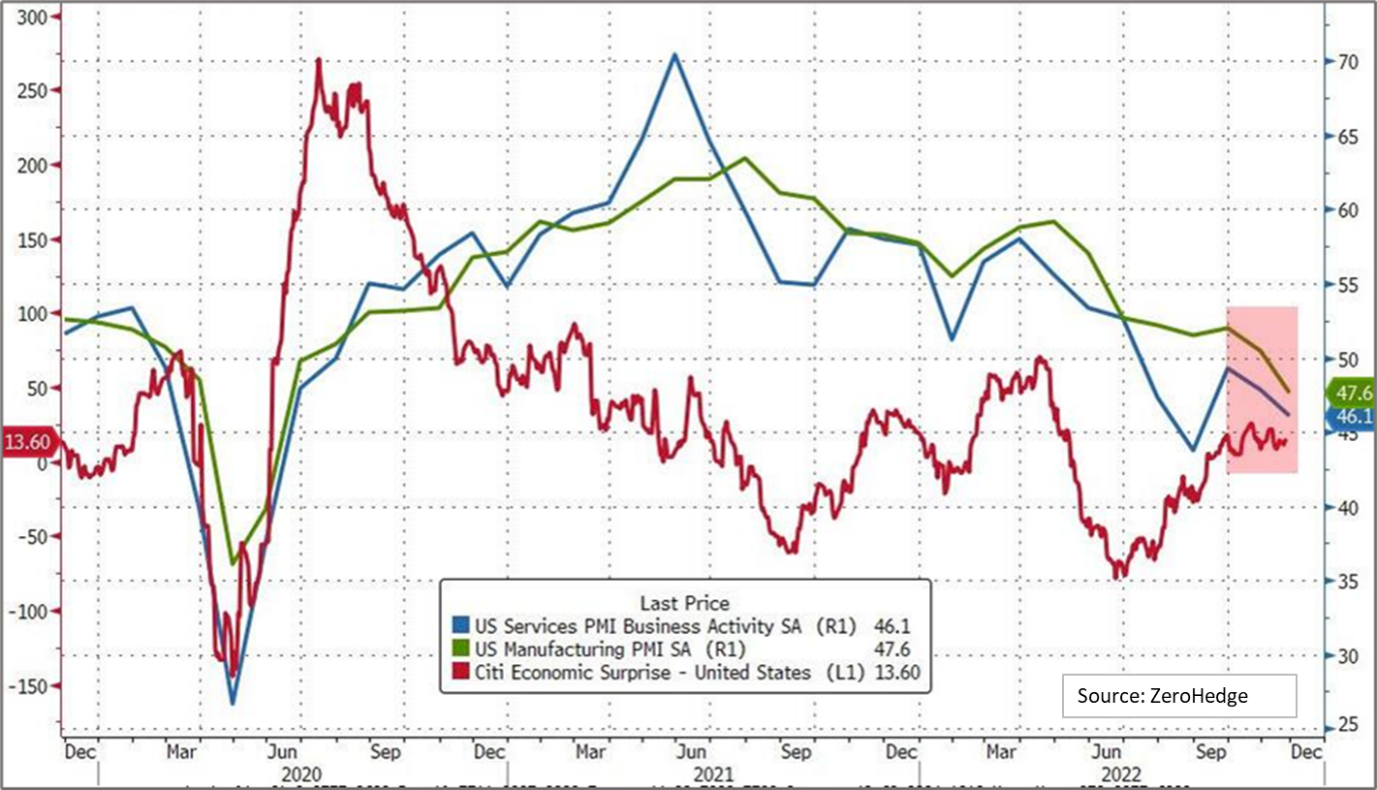 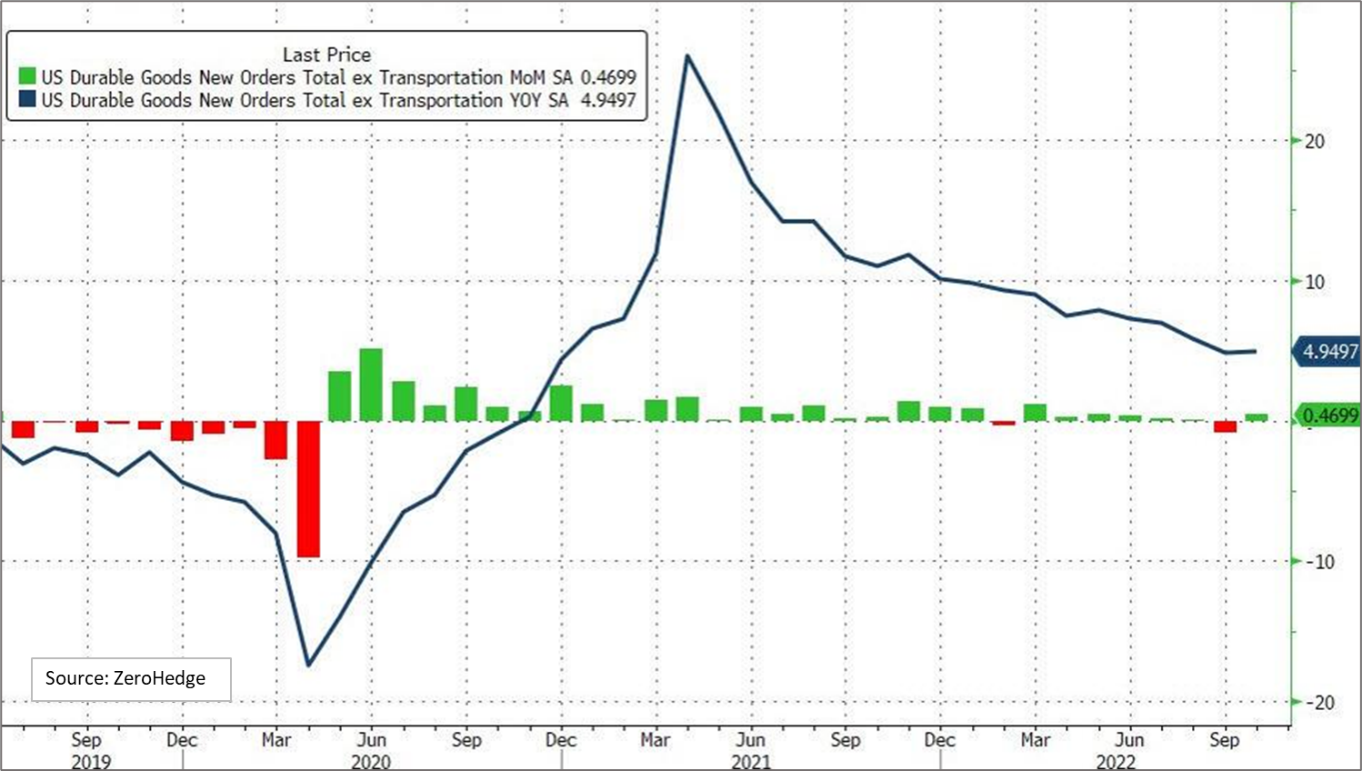 Despite some recent upside surprises, the preponderance of data appears to point to an approaching recession. We point to the comments from Chris Williamson, Chief Business Economist at S&P Global Market Intelligence, commenting on the PMI data:

“Business conditions across the US worsened in November, according to the preliminary PMI survey findings, with output and demand falling at increased rates, consistent with the economy contracting at an annualised rate of 1%.

“Skill shortages also remain a worrying constraint on expansion, but there is better news on supply chains, with supplier performance improving in November for the first time for over three years.

“While the reduced supply chain stress is partly a symptom of lower demand, the alleviation of supply delays removes a key driver of inflationary pressures and has helped moderate the overall rate of input cost inflation to a near two-year low. November even saw increasing numbers of suppliers, factories and service providers offering discounts to help boost flagging sales. Hiring has also slowed to a crawl so far in the fourth quarter as firms focus on reducing costs.

“In this environment, inflationary pressures should continue to cool in the months ahead, potentially markedly, but the economy meanwhile continues to head deeper into a likely recession.”

The Fed appears to be achieving its desired result, the critical question is whether they can time the economy such that they tame inflation without causing a recession. So far, they have done a fine job, but there is a long way to go.

Fears of crypto contagion grow as another company’s finances wobble

Why Is The U.S. Losing Oil Refining Capacity?